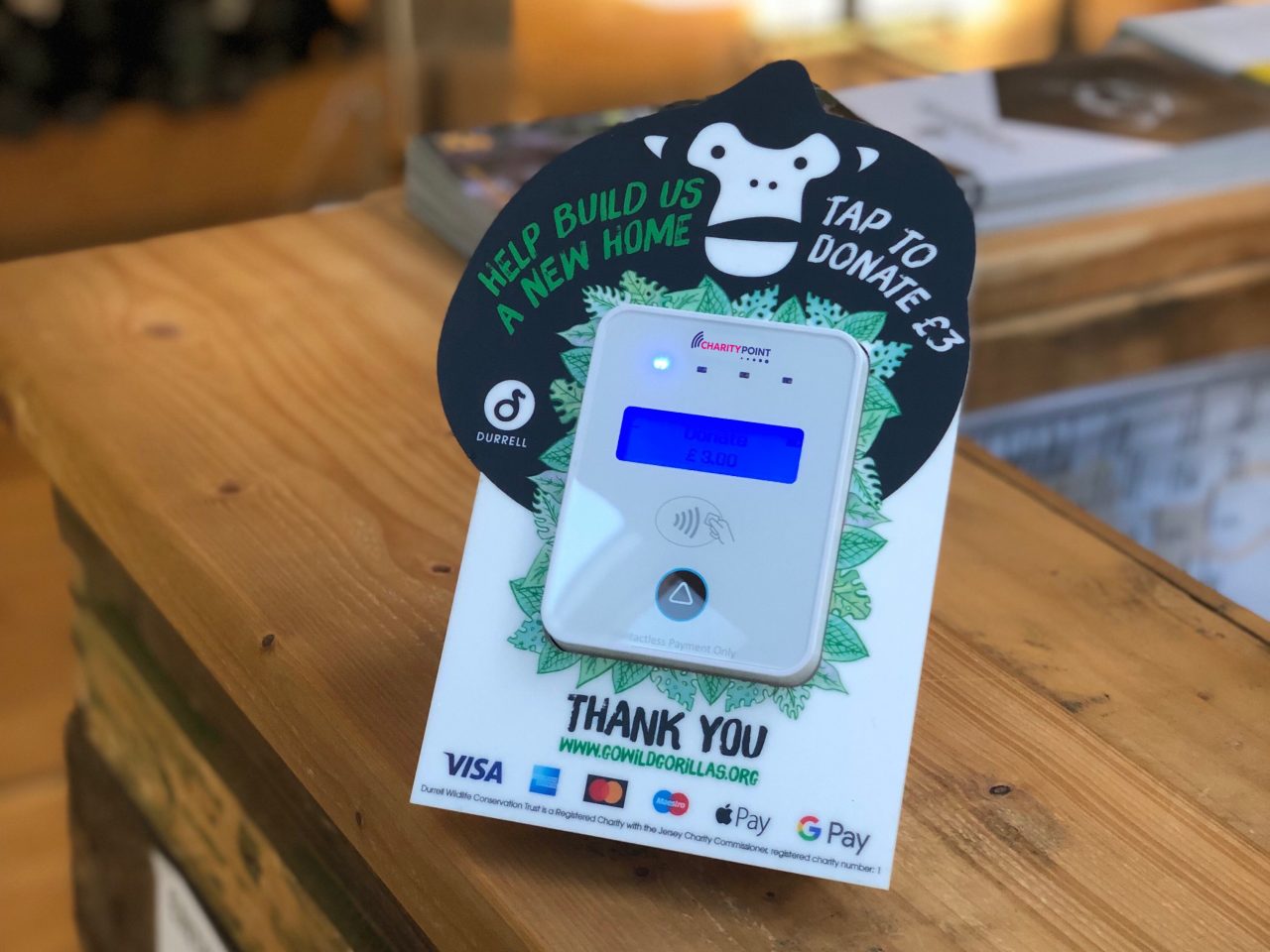 We are pleased to announce the introduction of Charity Point Contactless Giving with Durrell.

If you weren’t already aware, Durrell Wildlife Conservation Trust is an international charity based at Jersey Zoo in the Channel Islands.

Since 1969, Durrell has been on a mission to save species from extinction. Through their work in the wild and at Jersey Zoo, they hope to reconnect people with nature and help drive the societal change needed to save and restore the natural world.

It costs over £8 million per annum to run Durrell globally and so the money raised through Charity Point contactless giving terminals will help keep Durrell running and protect threatened wildlife.

Durrell currently has a special Go Wild Gorilla campaign which is an island-wide sculpture trail that celebrates Durrell’s 60th anniversary. The 40 life-size gorilla sculptures have been sponsored by local companies and designed by artists from Jersey, the UK and beyond. In addition, there are 45 small gorillas decorated by artists, schools and community groups, making Go Wild Gorillas the Channel Islands’ largest, mass-participation art event. The trail is hoping to raise money to help build a new gorilla home for the gorillas at Jersey Zoo.

“REWild our world – for a wilder, healthier, more colourful world.”

The cash-free alternative has been taken on by Durrell, Jersey, in the hope to boost donations and address the decreasing number of donators carrying loose change. With cash usage on the decline, it is ever more so important for charities to secure donations from contactless payments.

The Charity Point terminals can be secured on a countertop, mounted on a wall or in a window, supplied with a floor stand, or used in replacement of charity collection buckets thanks to the ability to be battery-powered.

Our tap-and-go Contactless giving terminals can provide charities with the opportunity to accept donations electronically and securely no matter the location. Ultimately, we hope our Charity Points will remove the barrier of having ‘no spare change’ and make it simple for donors to donate.

If you would like to find out more information on our Charity Point Contactless giving terminals, please get in touch.